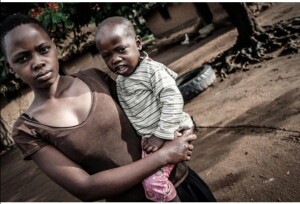 The point of defination to child marriage in Zimbabwe can be highly contested with difficulty in encapsulating into one universal meaning. In most cases child marriage is contextualised only when a girl gets pregnant. However child marriage is simply any act of sexual violation of a minor and starts at the instance of a sexual encounter with or without pregnancy. Sexual activity with minor that is perceived to have been consensual is also excluded as societies believe that the criminal offense is only in coerced sexual activity with a minor which is wrong taking into consideration that the Child Act limits people under the age of 16 to concent to sex. The way our society perceives sex versus marriage has to be immediately revised as sexual predetors of minors realise the marriage gate as an agreeable diversion to a grisly crime. Girls are considered a short term investment to be quickly married off for a sum of money to cushion families from poverty. Most of these girls go through gruesome abuse in their marriages and without an education resort to prostitution and other high risk lifestyles when they eventually leave those marriages. We need to end the scourge and in this Women’s month, communities should reflect on this and strategise around making zero tolerance to child marriage a reality.