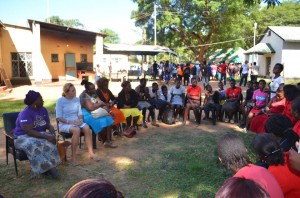 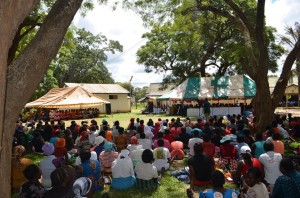 The Provincial International Women’s Day celebrations were held at Shamva Country Club a day which coincided with the commissioning of a sanitary pad making machine from the Embassy of Netherlands Ambassador Barbra Van Helmond. The day ran under theme economic posterity for women as several speakers which included Provincial Development Officer, Minister of State for Mashonaland Central, Gender commissioner and Chief Bushu who all advocated for the need for women to diversify their economic activities with the need to venture into more challenging but economic rewarding projects such as fisheries, mining and tourism.

The day saw women from various backgrounds celebrating the resilience and strength women showcase in their daily lives from maternal issues, economic opportunities, gender equality, patriarchy and contraception. The event was clad in music, dance, theater and poetry as several women groups took turns to entertain the gathered whilst inculcating strong messaging against women abuse and strong advocacy for gender parity.

The sanitary pad making machine is set to directly benefit over 20 young girls and women who were trained on machine operation and business administration. The Sanitary Pad Project is set to launch the product “Sassy” an affordable and decent sanitary wear which is set to benefit the whole Province and the country at large.

Embassy of Netherlands Ambassador Barbra Van Helmond also held a mentorship session with young girls and women were ideals of self-confidence, a generational mindset and action driven life was propounded to the gathered. Ambassador Barbra Van Helmond noted that if all women would take it to task to influence their male counterparts to respect women’s rights the world would be a different place. African Union Goodwill Ambassador on ending child marriage underscored the pain and suffering young women and girls in remote areas alluding to their failure to access decent sanitary wear, proper health and education facilities among other challenges highlighting that it was the women who should come up with ideas to solve these developmental problems alluding to the great work being done by ROOTS Director Beatrice Savadye in sourcing funds for the sanitary pad making machine.