ROOTS will be hosting mens symposiums in Seke, Marange, Bindura and Bulawayo as part of its multi-pronged strategy to end child marriages in Zimbabwe.

We are engaging male counterparts in their different capacities as fathers, uncles, brothers and also perpetrators of sexual violence against girls. In most cases of child marriage occurrences; it is usually men who sanction such processes. 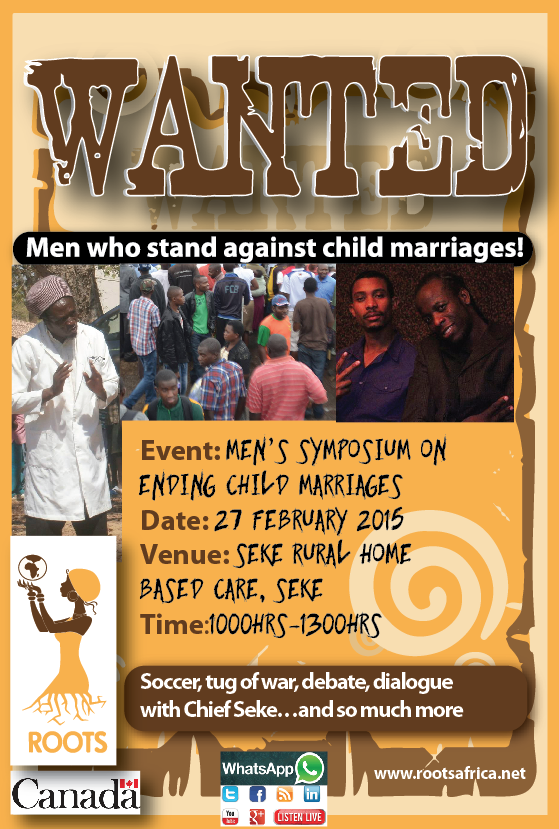 ROOTS embarked on the Not Ripe for Marriage Campaign in August 2014 and have to date gone to these communities conducting community dialogues, street bashes and media outreaches with chiefs, religious leaders, local authorities, young women and girls and community members.

The highlight of the campaign has come with the 2 campaign ambassadors Loveness Mudzuru and Ruvimbo Tsopodzi  who took the Government of Zimbabwe to the constitutional court challenging the customary law and marriage act to be ruled unconstitutional.
See list of upcoming events below